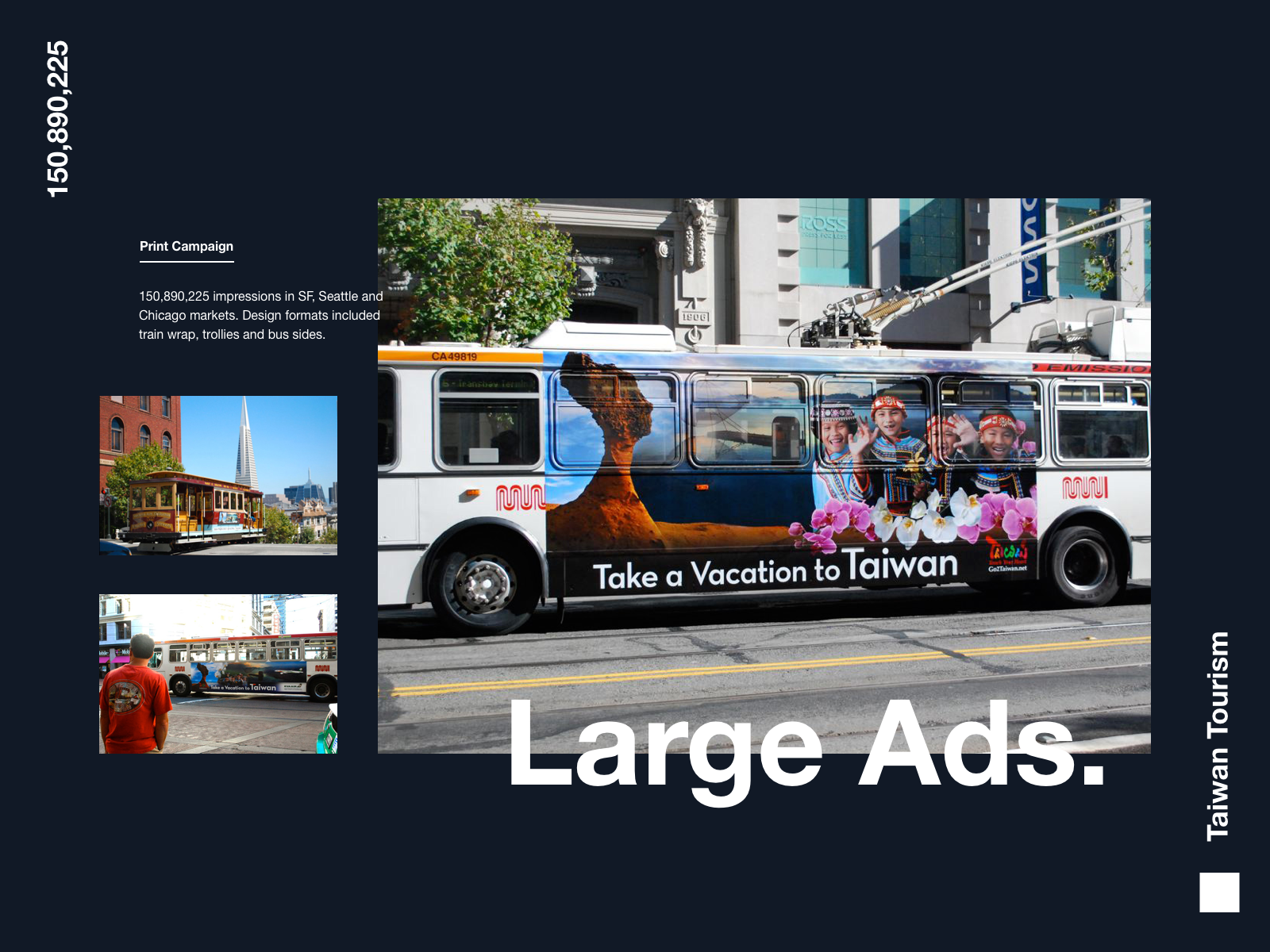 It was a lot of work and at times highly stressful, but it all made sense when putting it together. To this day, it’s still my most overgrown baby. Not too shabby for an intern.

In the first week of my internship in, I was tasked with the challenge of coming up with a large scale train wrap design. Being that no one from the SF office has done this work, it would mean that I would be going this on my own. I created a few concepts and sent the final concept to my director. I received feedback that Taiwan Tourism liked the concept. Without any further ado, I moved onto producing work for other clients including BART dominations for Gilead Sciences.

Two weeks before my internship ended, I was informed that the Taiwan Tourism campaign concept was approved by the client. I broke my head through the ceiling as I jumped for joy.

Least to say, my internship naturally extended. The client thought the initial concept was too Chinese in nature, so they provided new images to work with. I had to create an illustrator template (since there wasn’t one available) and linked it to multiple large PSDs with the new high fidelity photos they provided. 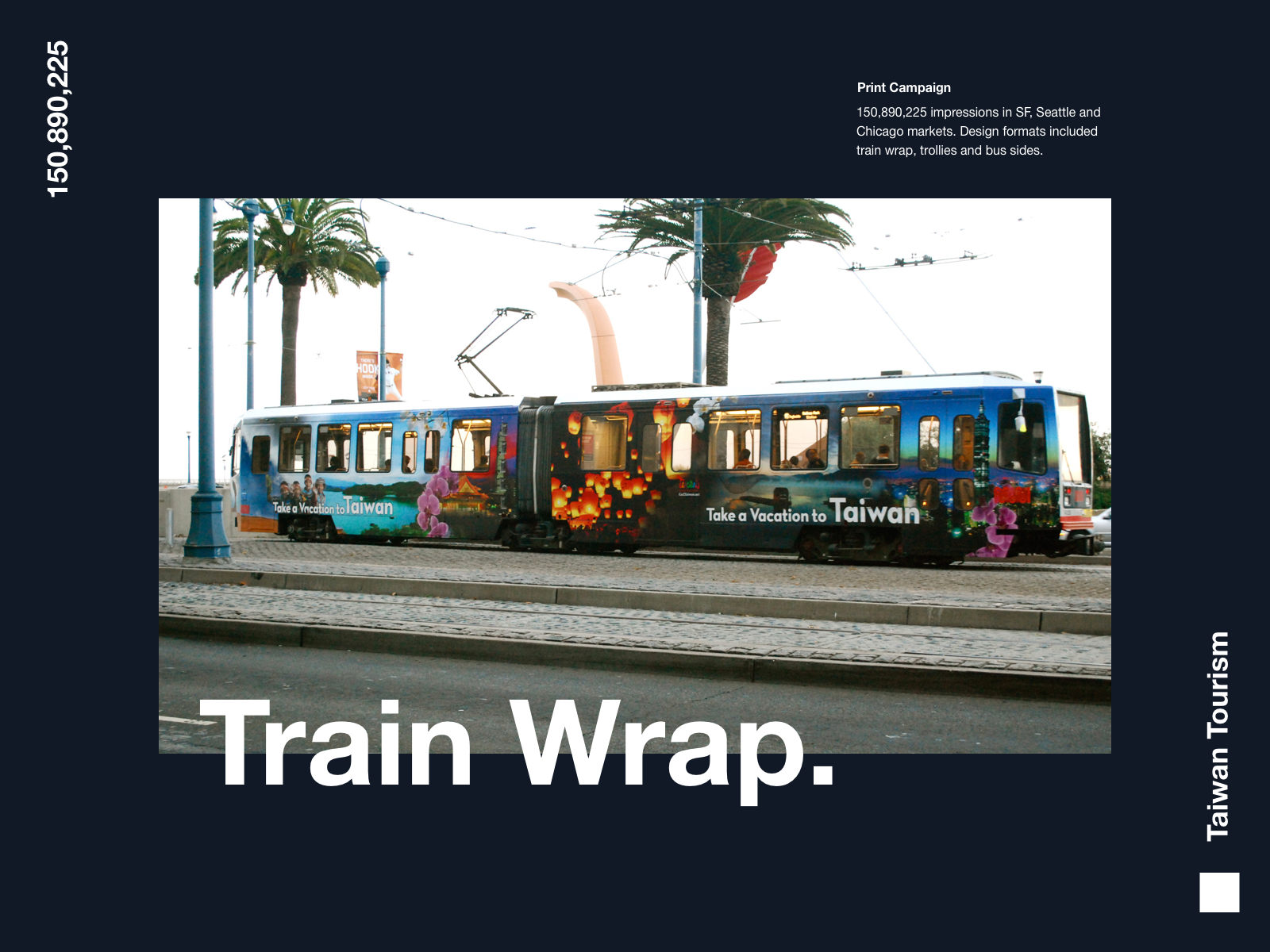 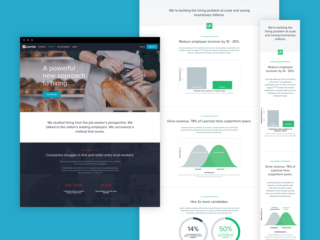 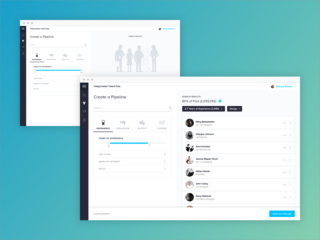 Next Project (n) getTalent by Dice